He was bullied as a child because of his looks and his stutter
But that did not stop him from dreaming
His teachers said he would never amount to anything outstanding
But that did not stop him from getting admission to Oxford for Electrical Engineering
In university, he fell in love with acting
But his stutter speech problem did not stop him from pursuing acting
Even after repeated rejections from a lot of TV shows due to his speech disorder and his looks
He never gave up hope
He never stopped believing in his abilities.
He wanted to make people laugh
And he soon realized that when he started to play a character his stutter had disappeared
He co-created one of the most iconic characters Mr. Bean
Which not only shot him to fame
But also made him a household name globally.
Rowan Atkinson proved that even without heroic looks
One can become the most respected and well-loved actors
Purely based on talent.
His journey is an inspiration to everyone
Willing to pursue their dream despite the barriers and rejections
If only you have faith in your abilities
And have the passion and grit to prove yourself.
Mr. Bean’s character was surreal
Where he was able to express so many emotions without words
Mr. Bean truly encouraged us to stay openminded
Follow our hearts and live our dreams
Thank you, Mr. Bean, for not only filling us up with laughter, happiness, and more
But also inspires us to dare to dream even in the face of difficulties. 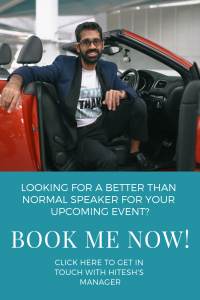